Woman claims Delta paid her $4,000 to give up seat on overbooked flight

ATLANTA — How much money is a single football game worth to you?

For a plane full of University of Georgia fans heading to South Bend, Indiana, to watch their team play Notre Dame last weekend, that number is pretty high.

The plane was overbooked and when the crew realized it was overbooked, they started offering money for someone to give up their seat.

Tracy Jarvis Smith eventually took the offer when the crew bumped the amount to $4,000.Sold!!!

This kind lady volunteered to get bumped.. for a 7pm flight tonight to South Bend.. for $4,000...
Not one fan wanted to get in late pic.twitter.com/gCOwFpz2Hf

According to Klein, Smith was bumped for a 7 p.m. flight that day.

“Not one fan wanted to get in late,” Klein said.

Klein posted a photo with the Georgia fan who took Smith’s seat.

Hey @CRUSH_Design - you own Philip a drink - he's the guy who got on the plane thanks to you (and Delta's $4K offer) pic.twitter.com/YTTyHf2xj5

Smith also tweeted later that day. She said she got in about eight hours later than she had planned, making it worth the money.

The Georgia Bulldogs went on to beat the Fighting Irish 20-19. 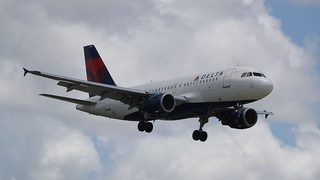 Victim dies after being assaulted with BB gun in Pittsburgh