Underwood’s performance of “Oh, Sunday Night” was chosen as the new opener for games shown on NBC.

There will be a sneak preview of the video during the Olympics before its first airing  Sept. 11.

The 12 players selected have accounted for 41 Pro Bowl selections and seven Super Bowl rings. The 12 players in Underwood’s video are:

You can watch all of NBC’s "Sunday Night Football" games on Channel 11. 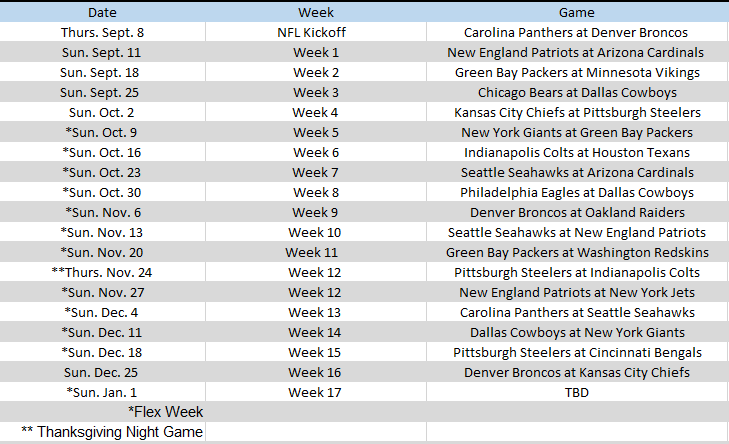