As changes begin to be made to the Pittsburgh Steelers coaching staff, the Antonio Brown saga still looms large over the organization, much like James Harrison is looming over the star wide receiver himself.

It's been a strange relationship in recent weeks as Brown and Harrison have appeared to become buddy buddy as the controversy builds.

If you want to receive BREAKING ALERTS, please download our WPXI News App.

The two were seen laughing and appeared to be poking fun of Mike Tomlin during his season-ending press conference on Wednesday. There was supposed to be some sort of "exclusive" interview with Harrison and Brown, which never took place.

Harrison had a bad breakup with the Steelers before joining the New England Patriots who made a run to the Super Bowl.

Yesterday, Harrison felt it necessary to explain why he's been spending so much time with Antonio Brown with this Instagram post.

@AB is my brother - that means family - and to me, a family member is not defined or measured by the deeds they do, the title they hold or the company they work for. My love and support for my brothers/family doesn’t stop when I disagree, argue or fight wt them. The fact that I consider you family means just the opposite, I'm there for you. And I’m allowed - not just allowed - I’m EXPECTED to be there for you and to give you my opinion whether you agree or disagree. And I expect you to give me yours as well. Why is AB hanging wt James Harrison? The same reason that Brett Keisel, Ike Taylor, Ryan Clark, Larry Foote, Ben Roethlisberger, Troy Polamalu, DeAngelo Williams, Ryan Shazier, Vince Williams, and others do... These are my brothers, and brothers shoot the shit! #FaithFamilyFootball. In that order. #HarrisonFamilyValues 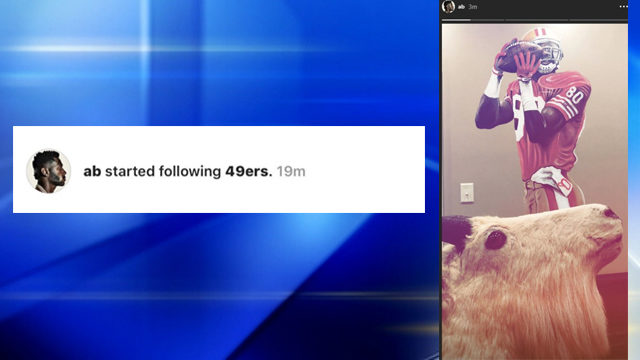 While Brown may be trying to force his way out of Pittsburgh, his current teammates are doing what they can to try and coax the All-Pro receiver and the organization to work through their issues.

When the storm clears and the sun shines we still FAMILY ! 1LOVE ‼️@AB @steelers

Brown is 30 and will enter the third year of a five-year, $72.7 million extension that's already been restructured once. The Steelers would owe $21 million in dead money if they were to trade Brown before June 1st.

The drama is only beginning for the Steelers. And don't forget, they still have a decision to be made on Le'Veon Bell.

Gloria McMillan, actress known for ‘Our Miss Brooks,’ dead at 88

KC Chiefs fans donating to Buffalo children’s hospital, some $13 at a time, after defeating Bills

Man rescues two teenagers who fell through ice into pond