UPDATE 7/8/19 - Antonio Brown tweeted that the legal dispute has been resolved.

According to one lawsuit, the 22-month-old boy was walking with his grandfather near a pool at condominiums in Sunny Isles Beach, Florida, on April 24 when items began falling from “many floors above them.”

The items included two large vases, an ottoman and other pieces of furniture, the suit said.

Brown is being sued by Ophir Sternberg, the father of the boy, who claims some of the items fell within a mere foot or two of the child and his grandfather.

Security personnel investigated the incident and determined the objects were thrown from the balcony of Brown’s unit at the complex, the suit said. 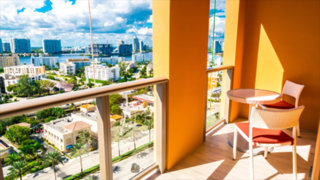 It is alleged in the lawsuit that Brown threw the objects over the balcony in “a fit of rage.”

A police report filed with the Sunny Isles Beach Police Department confirms a disturbance call against Brown at 10:08 a.m. on April 24, Channel 11 News has confirmed. The police report identified Brown as an NFL player.

The report states that when police arrived, Brown was upset about $80,000 in cash and a handgun that he reported stolen from his apartment the day before. He was "yelling at security, telling them he thinks they set him up," the report said.

Sternberg said his toddler was "severely traumatized by the incident, crying for hours on end the day it occurred and was unable to sleep that night," the lawsuit said. He's seeking more than $15,000 in damages.

A second lawsuit filed by the building owner, Acqualina, alleged Brown broke his lease agreement by “destroying, damaging, defacing the premises, as well as furnishings, appliances and other belongings.”

According to the police report, the building owner declined any police action against Brown but told police they would start the eviction process in order to have him leave the premises.

One day after the incident, police were called to Brown's apartment again after he reported his black Rolls Royce had been stolen. When officers knocked on the door, a man identified as Brown opened it, said, "I found the car," and closed the door, the report said.

Channel 11 News reached out to the Steelers, and a spokesperson said the team would not be commenting. Head coach Mike Tomlin said "no comment" when asked about the lawsuits during his Tuesday news conference.

Mike Tomlin gives a “no comment” when I asked about Antonio Brown being mentally and physically available after the receiver was named in two lawsuits today #Steelers pic.twitter.com/ZpkG5YzRDQ

SUNNY ISLES BEACH, Fla. — We also reached out to Brown’s agent, but have not heard back.

Users of the WPXI News App were the first to know about this story. Click here to learn more and download the app for your Android or iPhone.

‘Go back to your country’: Houston woman accused of racial slurs against couple