After a break last year, look for winter weather to make a come back. Snow, ice and cold rain will slow commutes and increase the risk for school delays.

For the rest of November, mild temperatures will limit snow totals. The forecast is for about 1 inch with a monthly average temperature of 44 degrees. 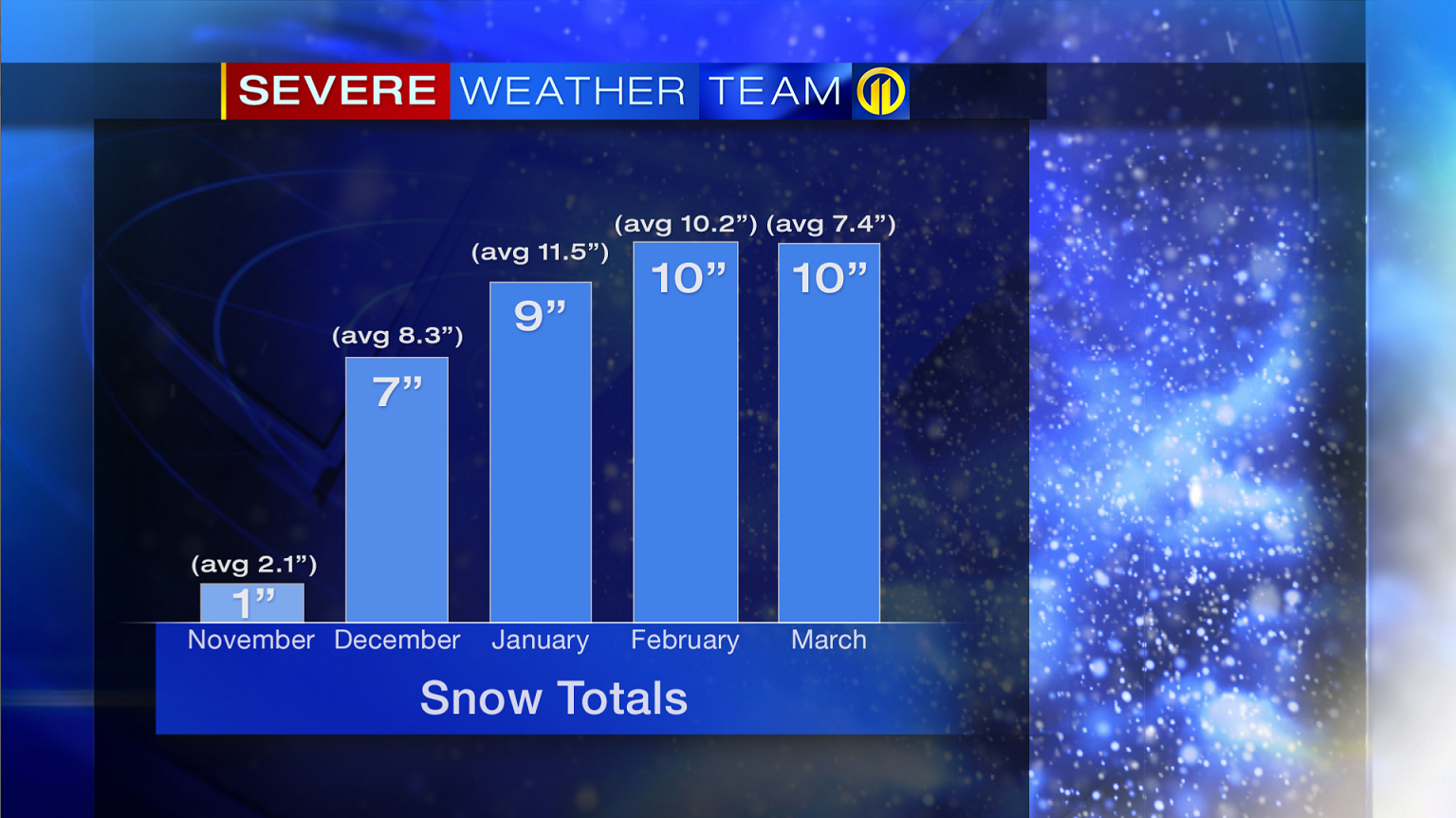 In December, a few shots of cold air will set up light snow from time to time, with snow totals coming in around 7 inches. Temperatures will end above average at 35 degrees.

Winter will kick in around mid-January with snow totals jumping to 9 inches and temperatures near freezing for the month.

The cold air will stick around through February, with 10 inches of snow and an average temperature coming in below normal 27 degrees.

By March, we'll turn the corner toward spring, but the winter pattern will be hard to shake. The forecast is for another 10 inches of snow and an average temperature of 40 degrees. 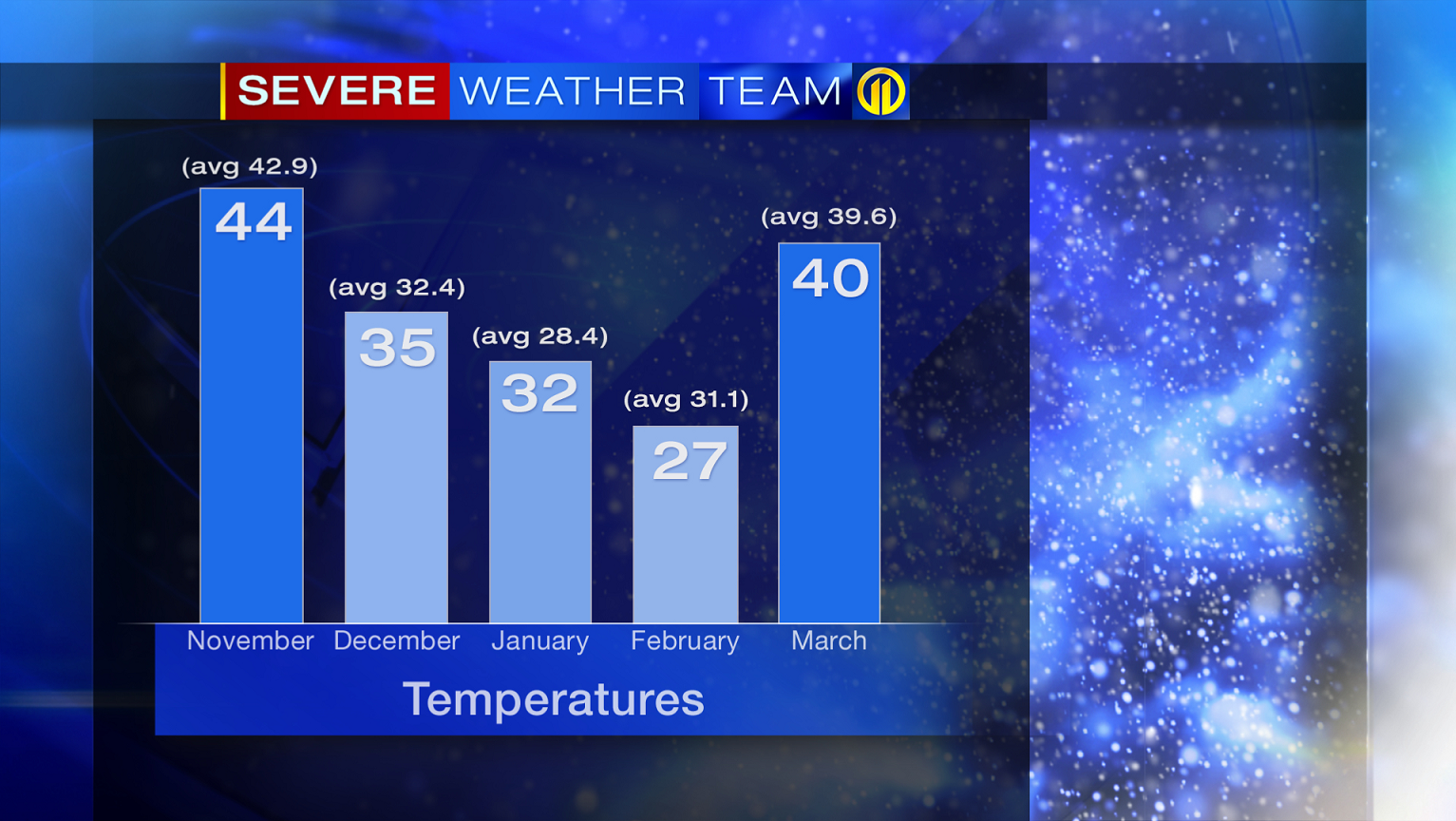