TEAM USA: Who is Shaun White?

Shaun White, 31, is a two-time Olympic gold medalist in halfpipe. No male snowboarder has more than two medals.

White has competed sparingly since 2014, focusing on his business ventures.

He scored a perfect 100 at the U.S. Grand Prix event to set himself up as a favorite to win a third gold medal.

White was born on Sept. 3, 1986, in San Diego, California. He had a heart defect called Tetralogy of Fallot and had two major surgeries before his first birthday. In his younger years, White had to wear corrective leg braces at night because he was so bowlegged.

White began skiing during his family's twice-a-year trips to Mammoth, California. He wanted to start snowboarding lessons when he was 6 years old, but resort rules said he had to be 12. His father took a lesson to learn how to get on a snowboard with White.

At age 7, he won his first amateur contest. His win earned him a wild card to the national championships, where he finished 11th.

White's snowboarding career cost his parents $20,000 a year, putting a financial strain on his family. During the early days of his career, the family would drive to Mammouth, a 6 hour drive, every Friday in their 1964 Econoline van. The entire family would sleep in the van in place of paying for a hotel room. 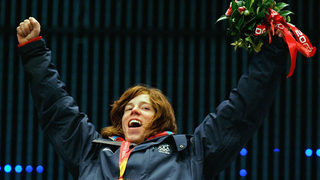 White was considered the favorite to take gold after entering the 2006 Torino Games, where he did not disappoint. White, then 19-years-old, racked up 46.8 out of 50 points in the first run of the final round by landing back-to-back 1080s followed by a pair of 900s. 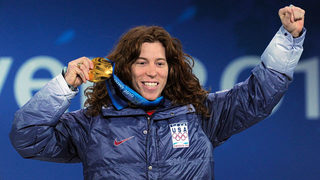 White entered the Vancouver 2010 games as one of the most recognizable athletes at the Games. White clinched the gold medal with his first two runs in the final with back-to-back double corks and that earned him 46.8 out of 50 points. His win boosted him from No. 51 to No. 2 on the "Bloomberg Power 100" list of the most marketable athletes in the country. 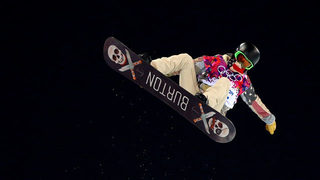 White entered the Sochi Games as a two-time defending Olympic halfpipe champion. He attempted to become the first American man to win the same event three Winter Games in a row. He was supposed to compete in both the halfpipe and slopestyle, but pulled out of slopestyle less than 24 hours before start time. He wanted to focus on the halfpipe and wanted to avoid injury. White left Sochi empty-handed after finishing fourth.

White had ankle surgery in 2016 after a training session in New Zealand. He said his ankle was bothering him for years. He had a piece of chipped bone removed.

White debuted at the U.S. Grand Prix after returning from his ankle surgery but did not qualify for the final. He had a strong showing at the Olympic Test Event later that month. White scored 95 in his best of three runs but was beaten by Australia's Scotty James by one point in the final run. White defeated James several weeks later at the U.S. Open. 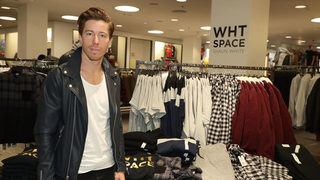 FCC takes on space junk: Satellites must be removed from orbit 5 years after completing missions