Common sweetener can be deadly to dogs

A product commonly given to dogs as a treat could be deadly. A sugar substitute that's often in gum and mints is now being used in more food and household products than ever before, and owners often have no idea they're putting their pets at risk.

Parker Hollander didn't think it was a big deal at first when his dog, Nellie, got into a package of mints that had been left on his coffee table. But just 30 minutes later, there was clearly something wrong.

Hollander grabbed Nellie and rushed her to the vet.

"I had to pick her up. She was just shaking in my arms," said Hollander. "I was terrified. I thought my dog was dying."

The mints that Nellie ate contained xylitol. Xylitol is a sugar substitute that's harmless to humans, but can be deadly for dogs. It can cause a sudden drop in the dog's glucose level and cause liver failure.

Xylitol is now used in an increasing number of products. You can find it in household items such as toothpaste, dental floss and lip balm. It's also in many foods, including some you might never expect, such as peanut butter. Peanut butter is especially concerning because many dog owners use it when giving their dogs medication or as a treat.

The peanut butters that contain xylitol are largely specialty brands that are marketed toward body builders or people looking for health foods.

Symptoms of xylitol poisoning include weakness, unsteadiness and seizures. Veterinarians say there's no safe amount for dogs, and even a tiny bit can send a pet to the emergency room.

Hollander said he now checks the labels of any products left around the house.

Many animal groups are now calling for warning labels so that pet owners know which products contain xylitol.

The American Society for the Prevention of Cruelty of Animals has identified a number of items that often contain xylitol, and they include: 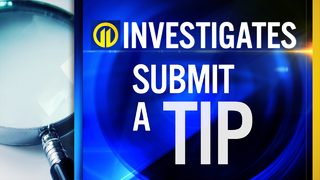 You can find more Target 11 Investigations HERE OR you can submit something you would like for Target 11 to Investigate by CLICKING HERE.