Channel 11 has learned two Pittsburgh police officers drove to Myrtle Beach, South Carolina to question Matthew Darby about the murder of his ex-girlfriend, Alina Sheykhet, but he would not speak with them.

Channel 11 News has also learned Darby was transferred to the J. Reuben Long Detention Center in Conway, South Carolina, Thursday night.  Darby was charged Wednesday morning with loitering in a neighborhood after a 78-year-old woman claimed she spotted him trying to get into her apartment.
In a statement, Darby's attorney, David Shrager, said, " I instruct all my clients not to make any statements to police without their attorney present." 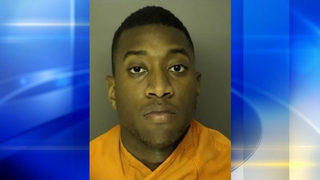 In an exclusive interview with Channel 11 on Thursday, District Attorney Stephen Zappala broke the news that Darby is also accused of raping a 17-year-old girl in Elizabeth Township just days before the murder. He's also accused of a rape in Indiana County earlier this year.

"Obviously, that doesn't please me, but I'm going to have to read the allegations and read the affidavit and address it accordingly," Shrager said.

Sources tell Target 11 that the Allegheny County Sheriff’s Department will pick up Darby in two to three weeks and bring him back to Pittsburgh.

As suspect Matthew Darby sits in jail along the South Carolina coast, we’re now learning who called 911, putting an end to the multistate search for the suspect in the murder of a University of Pittsburgh student. 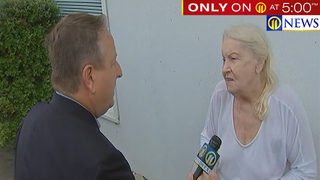 Pittsburgh police searched for the driver of a car as part of the investigation into Alina Sheykhet's murder.

The silver or white sedan was seen at an area Sunoco station on Sunday morning, hours after police say Sheykhet was killed.

Police located the driver of the vehicle and determined that the driver was not involved in the crime.

Matthew Darby waived his extradition hearing in a Myrtle Beach courtroom Monday afternoon, which will allow Pittsburgh police to eventually pick him up and return him to Pennsylvania to face murder charges.

He must still answer to charges of loitering and lying to police in South Carolina before he can be extradited.

MATTHEW DARBY: WHAT WE KNOW

The citizen called police just before 1 a.m. and said a man was tampering with a window at a home near the beach. Darby was arrested by responding officers and taken to a city jail.

He will be brought back to Pennsylvania once the extradition process is complete. Police did not provide a timeline.

A bond hearing for Darby was held at 9 a.m. Wednesday on two charges out of Myrtle Beach. While facing the judge, Darby said he would have to speak with his attorney before making any decisions about pleas.

After the hearing, Darby was to be taken to a county jail in Conway, South Carolina, to await being brought back to Pittsburgh. Pennsylvania authorities have up to 20 days to make arrangements to do that.

Darby is charged with homicide, burglary, flight to avoid apprehension, theft and possessing an instrument of crime in connection to Sheykhet’s death.

EVENTS LEADING UP TO MURDER

Matthew Darby was at Duquesne University after 3 a.m. on Sunday, where he asked an employee at the Union if he could borrow a phone charger, according to a criminal complaint. At 4:21 a.m., Darby was picked up by a car service at Brottier Hall.

Darby instructed the driver to take him to Cable Place, near the home Alina Sheykhet shared with roommates, police said.

Between 4 and 5 a.m. that morning, five phone calls were made from his phone to Sheykhet’s, police said. She did not answer any of them.

The driver took Darby to Semple and Ward streets, where Darby asked him to wait for 10 minutes before walking in the direction of Sheykhet’s home, police said. Darby returned 10 minutes later, asked the driver to wait another 10 minutes then walked back toward Sheykhet's home.

Five minutes later, he called the driver and, in a whispered voice, asked him to wait another 10 minutes. The driver said he could not, and left, police said.

Surveillance video shows a man who looks like Matthew Darby walking in the area of Alina Sheykhet's home, stopping at Semple Street and Urie Way, and dropping a shiny object in a sewer grate, police said.

The man then stops further down Urie and drops an object in a dumpster before walking down Semple toward Bates Street.

WHAT INVESTIGATORS HAVE UNCOVERED

Matthew Darby is believed to have killed Alina Sheykhet with a hammer and knives before fleeing western Pennsylvania, according to a criminal complaint.

Police recovered a hammer and two knives from the sewer grate at Semple and Urie, according to the complaint. They are consistent with Sheykhet’s injuries. The Allegheny County Medical Examiner's Office said Sheykhet died as a result of sharp/blunt force trauma.

Sheykhet’s phone was missing from her room when she was found, police said. The last time it pinged a service tower was about 9:40 a.m. Sunday, about an hour after Sheykhet was found dead in Irwin, near the intersection of Interstate 76 and Route 30.

The complaint said witnesses, whose identities were withheld for their safety, saw Darby in that area around that time.

4 black bears killed in Alaska campground set aside for homeless