A 17-year-old has been charged with capital murder after he allegedly opened fire Friday at a Texas high school, killing at least 10 people -- nine students and one teacher.

Police have told CBS News that Dimitrios Pagourtzis shot students and school staff at Santa Fe High School, where he was a student.

In addition to those killed, at least 10 were transferred to hospitals with injuries.

Pagourtzis was taken into custody after the shooting.

>> Read: What are the worst school shootings in modern US history?

A second person, also a student at the school, is said to have helped Pagourtzis' with the attack, according to law enforcement.

Here is what we know about Pagourtzis:

This story will be updated as more  information becomes available. 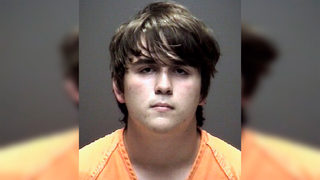 Highland Park parade shooting: What we know about the victims

Tips on keeping your child safe while at school

Mississippi teen dives into river to save 3 girls, officer after car plunges off boat launch