11 killed, 6 injured in attack at Pittsburgh's Tree of Life synagogue

PITTSBURGH — Eleven people were killed and six others, including four law enforcement officers, were wounded during a shooting on Saturday, Oct. 27 at the Tree of Life synagogue in Pittsburgh's Squirrel Hill neighborhood, authorities said.

Police swarmed the area of Wilkins and Shady avenues about 10 a.m. on Saturday, Oct. 27, after suspect Robert Bowers opened fire at the Tree of Life synagogue. 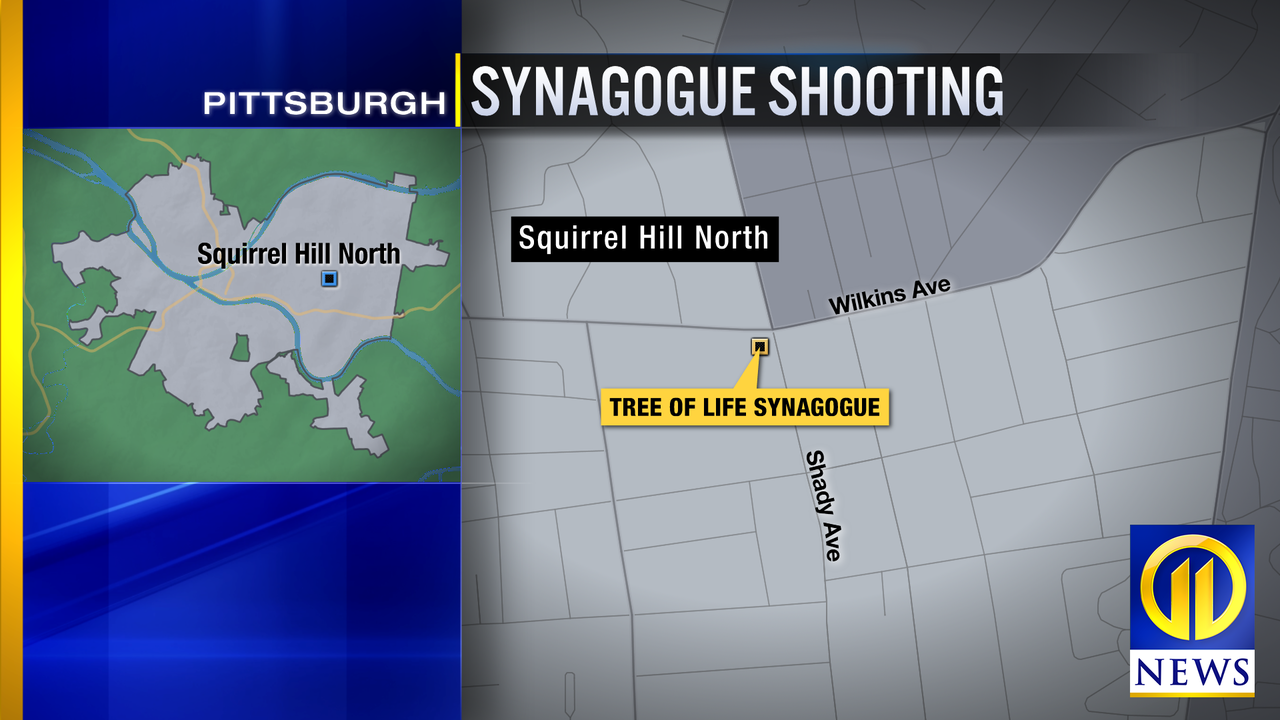 STORY: Timeline of events at Tree of Life Synagogue in Pittsburgh

“These incidents usually occur in other cities. Today, the nightmare has hit home in the city of Pittsburgh,” Pittsburgh Public Safety Director Wendell Hissrich said.

"These incidents usually occur in other cities. Today the nightmare has hit home in the City of Pittsburgh" -- @PghPublicSafety Director Wendell Hissrich pic.twitter.com/1alfHrlDoS

A Jewish bris, a circumcision ceremony, was taking place at the time of the shooting that killed 11 people and wounded six others. No children were killed.

Two police officers and two SWAT officers were among the wounded, officials said.

When SWAT officers entered the synagogue, Bowers went to the third floor of the building, according to the criminal complaint.

During an exchange of gunfire there, two SWAT officers were both shot multiple times.

While Bowers was being taken into custody, he made comments that he wanted all Jews to die and that they were committing genocide to his people, according to the criminal complaint.

Residents were told to stay inside their homes and stay off the main roads as police responded and the investigation began.

“This is the most horrific crime scene I’ve seen in 22 years with the Federal Bureau of Investigation,” Bob Jones, special agent in charge of the FBI Pittsburgh, said.

Pennsylvania Gov. Tom Wolf said the shooting is being investigated by the FBI as a hate crime.

RELATED: What we know about Shabbat services taking place at Tree of Life synagogue

In a statement Saturday, Attorney General Jeff Sessions said the killings were “reprehensible and utterly repugnant to the values of this nation.”

The crime scene will likely take up to a week to process and the FBI is getting assistance from several regional offices.

There were three different locations where the victims were found, according to federal agents.

Allegheny County Executive Rich Fitzgerald released a statement about the mass shooting where he describes the tense moments his wife experienced while walking near the Tree of Life Synagogue Saturday morning.

"My wife, Cathy, set out shortly before 10 AM for her usual walk. Some days I join her, but more often than not, I am headed to events in other parts of the county. As Cathy headed up Wilkins Avenue, about 50 yards from Tree of Life, she heard the unmistakable pop pop pop of gunshots. Watching a police officer jump out of his vehicle and crouch behind it, she knew something awful was happening and turned and sprinted home."

WHAT WE KNOW ABOUT THE SUSPECT 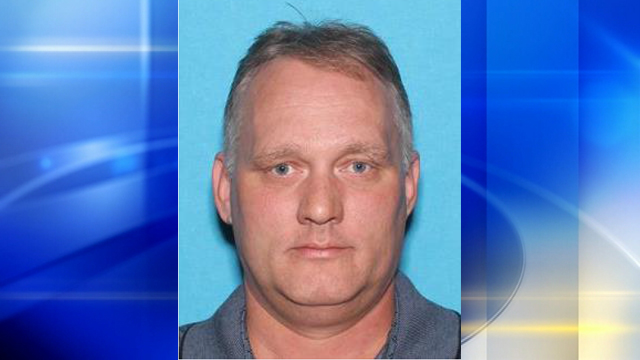 Robert Bowers, 46, entered the Tree of Life synagogue with one rifle, a Colt AR-15 model SP1, and three Glock .357 pistols, Channel 11's Rick Earle learned. Initially, the ATF reported that all of the weapons were purchased and possessed legally by Bowers, but later they said further investigation was needed.

Yesterday’s tweet re: Tree of Life investigation, and the conclusion that the defendant legally acquired and possessed the firearms, was premature. No determination has been made on legal acquisition/possession of the firearms. Please direct all questions to USAO, WDPA @WDPAnews

Law enforcement negotiated with Bowers while he was inside the synagogue, sources said, and during those negotiations, he talked about his hatred for Jewish people. Bowers eventually surrendered.

STORY: What we know about Robert Bowers, suspect in mass shooting at Pittsburgh synagogue

#BREAKING: Law enforcement confirms this is Robert Bowers, the suspect in the Pittsburgh mass shooting at a synagogue this morning: https://t.co/3pxIKevSlV pic.twitter.com/t1y2h13R4H

Bowers, 46, was shot in the torso by police and was treated at Allegheny General Hospital. After be released into the custody of US Marshals he was taken to Butler County Prison where he will be held until his trial.

Bowers appears to have made several anti-Semitic comments on social media website Gab and law enforcement is looking into those comments.

"I was horrified to find out that this terrorist, this alleged terrorist, was on our site," Gab CEO Andrew Torba told WBRE.

Bob Jones, special agent in charge of the FBI Pittsburgh, said everything about the Bowers’ life -- including his home at an apartment complex in Baldwin, vehicle and social media -- will be looked at during the investigation.

There is no knowledge that Bowers was known to law enforcement before Saturday, Jones said.

A neighbor told Channel 11 that Robert Bowers was so nondescript that it almost made him unusual. The neighbor, who did not want Channel 11 to use his name, said Bowers moved into the apartment next door to him about two years ago. He said Bowers never gave any kind of indication that he was anti-Semitic or had tendencies toward hatred or violence.

Bowers is charged with 44 federal counts of violence and firearms charges:

During his first court hearing on Monday, Channel 11's Rick Earle was in the courtroom and reported that Bowers showed no emotion.

Bowers answered a few questions replying only Yes a couple times when asked if he had seen the complaint and if he had filled out the financial affidavit. Hearing lasted less than five minutes and he was then taken out of courtroom #wpxi

Through her pastor, Bowers' mother said she was horrified with the alleged actions of her son.

Bowers pleaded not guilty on Thursday to federal charges that could put him on death row. It was his second brief appearance in a federal courtroom since the weekend massacre at Tree of Life synagogue in Pittsburgh's Squirrel Hill neighborhood. "Yes!" Bowers said in a loud voice when asked if he understood the charges.

WHAT WE KNOW ABOUT THE VICTIMS

Eleven people, none of whom were children, were killed in the shooting, authorities said.

STORY: What we know about victims killed at Tree of Life synagogue in Pittsburgh

STORY: Funeral service for last of 11 lives lost at Tree of Life synagogue to be held Friday 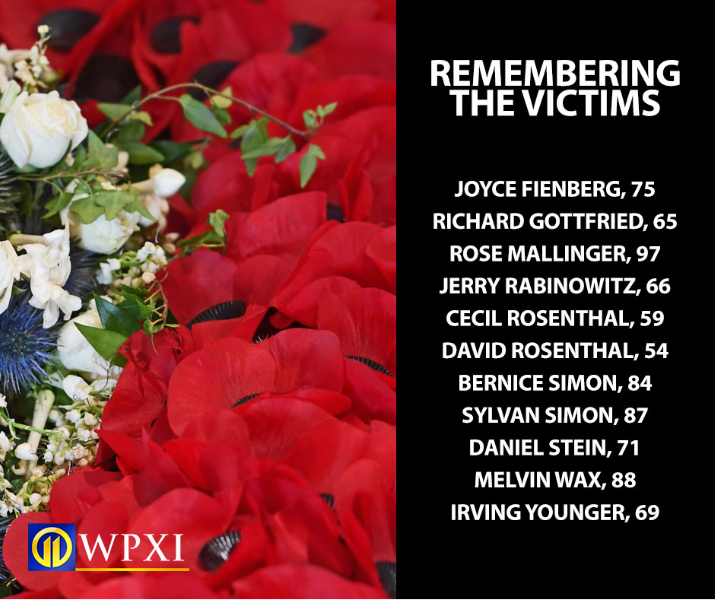 Six other people, including two police officers and two SWAT officers, were injured.

Timothy Matson is one of the Pittsburgh police SWAT officers who was hurt during the active shooter situation.

STORY: What we know about officers injured in synagogue shooting

His brother and a fellow officer started a GoFundMe page to help pay for his medical bills and any other expenses during his recovery.

The following update was provided Friday, Nov. 16 from UPMC about the victims being treated:

HAPPENING NOW: We’re learning the names of the 11 people killed in Saturday’s mass shooting at a Pittsburgh synagogue. https://on.wpxi.com/2PtvEYq

WHAT WE KNOW ABOUT THE INJURED OFFICERS

Four law enforcement officers were wounded in the shooting Saturday at Tree of Hope synagogue in Squirrel Hill.

Timothy Matson is one of the Pittsburgh police SWAT officers who was hurt during the active shooter situation.

His brother and a fellow officer started a GoFundMe page to help pay for his medical bills and any other expenses during his recovery. 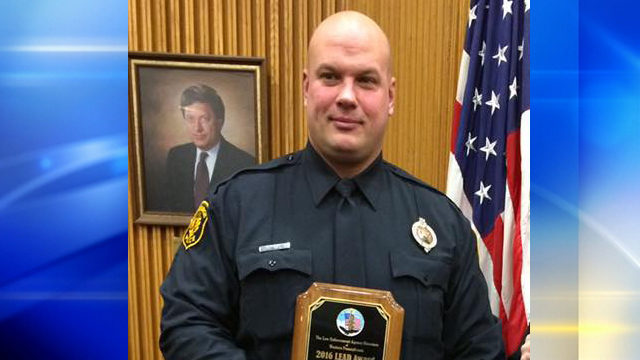 Daniel Mead was one of the first officers to arrive on the scene. He was treated for a gunshot wound and is now recovering at home.

"When he went out, the shooter was there aiming gun at him. Blew through the glass and all he heard was 'pop, pop, pop' and he was hit," his sister Diane Mead told Channel 11.

According to UPMC, the three other officers had all been released by Wednesday, Oct. 31. Below is the information about their injuries as reported by the Pittsburgh Department of Public Safety.

.@realDonaldTrump and First Lady Melania just stepped off of Air Force One. We are expecting them to visit the Tree of Life Synagogue and to @UPMC Presbyterian hospital to visit those injured. https://t.co/YFy9P8AM9T pic.twitter.com/vfykf3DNRO

Reading this in our app? Tap + above the headline to subscribe to alerts for the very latest updates on this developing story.

During the visit they stopped at the Tree of Life synagogue to pay their respects.

The Trumps also visited UPMC Presbyterian where the injured police officers were treated. One of the officers, Daniel Mead, got to meet one-on-one with President Trump. His sister told Channel 11 that meant a lot.

Danny Mead was the first police officer to arrive at the #PittsburghSynagogueShooting scene. @damanyLEWIS is talking to his sister about his experience – and gunshot wound – NOW on 11 News: https://t.co/YFy9P8AM9T pic.twitter.com/r1FZkSgwXU

"There was healing going in the room, validation, of someone putting their life on the line and for a leader to come in and talk to them one on one... what it did for those men and their families was amazing," Diane Mead said.

During the visit, neither Gov. Tom Wolf or Mayor Bill Peduto met with Trump. Peduto had expressed that the timing of the visit on the day of the funerals would be difficult due to the protection needed by the families and the security requirements for a presidential visit.

HOW YOU CAN HELP

Officials are asking for people to step forward to give blood after Saturday morning's deadly shooting at the Tree of Life Synagogue in Pittsburgh's Squirrel Hill neighborhood.

How to help victims of Pittsburgh synagogue shooting

O-positive, O-negative and platelet donations are needed most, but existing and first-time donors with all blood types are welcomed, according to Vitalant, formerly Central Blood Bank.

People who are as young as 16 (with parental consent), weigh at least 110 pounds and are in general good health may be eligible to donate blood, according to Vitalant.

The Pittsburgh Penguins held a blood drive on Monday at PPG Paints Arena and during Tuesday's game against the New York Islanders more than $200,000 was donated to benefit the families of the synagogue shooting victims.

Penguins fans raised over $2️⃣0️⃣9️⃣,0️⃣0️⃣0️⃣ to support the victims and families of Saturday's tragedy.

Donations and jersey auction are still ongoing. Help in any way you can: https://t.co/43KzCgyWk0 pic.twitter.com/JSKdgrlR7E

A GoFundMe page has been set up for the victims and those affected by the shooting at the Tree of Life synagogue. CLICK HERE to donate.

Stronger Than Hate t-shirts are being sold online (CLICK HERE), as well as at Yinzers in the Burgh on Penn Avenue in Pittsburgh and Ithen Global on Broad Street in Grove City. All will sales benefit the Tree of Life synagogue.

While there are many legitimate collections and donation opportunities, the FBI is warning about the possibility of fake fundraisers and scams.

Bowers had his first court appearance on Monday, Oct. 29, and a judge ordered that he be held without bail. Bowers was transferred to Butler County Prison, which has an agreement with the Department of Justice to hold those awaiting trial on federal charges.

The Butler County District Attorney told Channel 11 if it was his choice, Bowers would not be an inmate in the prison. 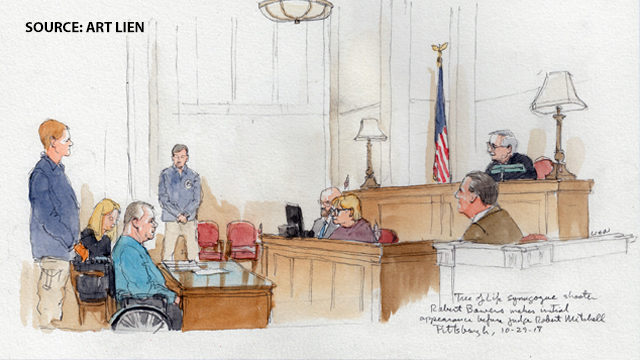 On Wednesday, Bowers was indicted by a federal grand jury on 44 counts including obstruction of justice, use of a firearm to commit murder and obstruction of free exercise of religious beliefs.

He appeared for his arraignment on Nov. 1, and pleaded not guilty as well as requesting a jury trial.

“Ideally, as with these previous prosecutions, the residents of our county would be the ones to sit in judgment of the individual charged with these crimes and should be given the opportunity to determine guilt and subsequent punishment,” Allegheny County District Attorney Stephen A. Zappala said in a statement. “In my experience, I believe this is clearly a capital case.”

Woman in custody for striking 3 people with car after argument in East Hills, police say

Police: Woman found dead next to car with her toddler inside sleeping in Florida