Remembering those lost in the Tree of Life attack

PITTSBURGH — Two years later, Channel 11 is remembering the 11 people who were killed in a shooting at Tree of Life Synagogue in Pittsburgh’s Squirrel Hill neighborhood.

Six other people, including two police officers and two SWAT officers, were hurt on October 27, 2018.

These are the people who died that day:

Here’s what we know about them:

Stein was a kind man, his nephew told Channel 11 in 2018. He was retired and lived with his wife, but had gone to the that Saturday service at Tree of Life Synagogue alone.

“He was a great guy. He went down to Florida with me last month to pack up some stuff. He was a fun guy. He had a dry sense of humor and everybody loved him. There wasn't one person that didn't like him in the community,” Steven Halle, Stein’s nephew, said.

"Dr. Jerry Rabinowitz was more than just a physician for me and my family; for over three decades he was truly a trusted confidant and healer who could always be counted upon to provide sage advice whenever he was consulted on medical matters, usually providing that advice with a touch of genuine humor.  He had a truly uplifting demeanor, and as a practicing physician he was among the very best."

He was also the personal doctor of TribLIVE reporter Ben Schmitt and his father, who remembered Rabinowitz as, "Kind and funny, Dr. Rabinowitz completely personified the term 'bedside manner.'"

Jerry Schmitt, another patient of Dr. Rabinowitz, told Channel 11 that he'll remember his doctor as anything but typical.

“He talked about a radiator in a car, and if it springs a leak that means a car is going to overheat. He got me to thinking if I sprung a leak in my brain, I might have trouble,” Schmitt recalled.

According to a letter from UPMC President and CEO Jeffrey Romoff, Rabinowitz was a familiar face at UPMC Shadyside, and had served as medical staff president from 1993-94 when it was Shadyside Hospital.

Brothers Cecil and David Rosenthal were victims of the tragedy at the Tree of Life Synagogue.

ACHIEVA, an organization that supports people with disabilities, released the following statement about the brothers' passing.

The ACHIEVA family is devastated at the loss of two well-respected members of their community.

Cecil and David had a love for life and for those around them. As long-standing recipients of ACHIEVA's residential and employment services, they were as much a part of the ACHIEVA family as they were their beloved neighborhood of Squirrel Hill.

They loved life. They loved their community. They spent a lot of time at the Tree of Life, never missing a Saturday.  "If they were here, they would tell you that is where they were supposed to be," said Chris Schopf, Vice President, Residential Supports, ACHIEVA.

Our collective hearts are heavy with sympathy to the Rosenthal family, and to all who were affected by the tragedy at Tree of Life.

I am heartbroken by the senseless tragedy that occurred at the Tree of Life synagogue in Pittsburgh, Pennsylvania. Our...

The brothers spent every Saturday at the Tree of Life synagogue and were described as "inseparable."

"When you lose two extremely wonderful, kind, selfless, people, it impacts you in ways you can only imagine," said Chris Schopf, vice president of residential supports for Achieva. "These were two truly wonderful, kind people who did not deserve this."

Cecil always took the bus to Tree of Life and was the greeter, the first person you saw entering the synagogue. David, the quieter one, was never far from his brother.

"Cecil and David were both contagious in the community with their spirit and their hearts," said Nicole d'Amico, lead employment specialist for Achieva.

According to the Associated Press, Melvin Wax, a retired accountant, was a member of the New Light Congregation in Squirrel Hill, which rented space in the lower level of the Tree of Life Synagogue.

Myron Snider, chairman of the congregation's cemetery committee, told the Associated Press that "he was such a kind, kind person."

Wax was a kind man and a pillar of the congregation, filling just about every role except cantor, Snider told the Associated Press. 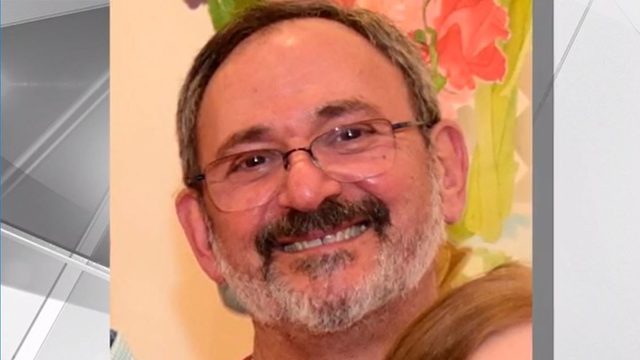 Richard Gottfiried was a dentist and business partner with his wife, Dr. Peg Durachko. Both are University of Pittsburgh alumni.

Along with his Catholic wife, Gottfried volunteered for Catholic Charities Free Dental Clinic and helped prepare couples for marriage at St. Athanasius Church. He enjoyed playing golf, reading and had completed the City of Pittsburgh Great Race 28 times, according to the clinic’s website.

Bernice and her husband Sylvan lived together in Wilkinsburg.

“Our hearts are broken,“ said Pam Glaser, who lived next door to the couple for decades. “They were so likable and cared about other people."

She said the Simons were married 62 years and were getting frail, recently struggling with health issues.

First responders found them in each others' arms.

Joyce Fienberg lived in Oakland and was predeceased by her husband, Stephen, in 2016. She worked as a research specialist in the Education Department at the University of Pittsburgh.

Friends described her as a warm, welcoming presence. She volunteered and always showed kindness.

"Helping us support underrepresented students who we were trying to give opportunities in the field," said Christopher Genovese. "She went out of her way to help someone who was having difficulty and it wasn’t her job to do. She just did it because she cared."

Rose Mallinger was the oldest victim of the shooting.

“It’s hard to talk about Rose without crying,“ said Mickie Diamond, whose husband, Chuck, once served as rabbi at Tree of Life synagogue. She said Rose never missed a Saturday service.

She used to attend services with her sister, Sylvia, and when Sylvia passed away, Rose's daughter, Andrea Wedner, starting taking her.

"Andrea would sit next to her mom. I mean, for years this was their routine,” Diamond said. “The thought of her and this violent action it’s just ... inconceivable.“

The mother and daughter were in their usual spot when both were shot. Andrea was hospitalized, but survived the shooting. She talked to Channel 11 about it in 2019.

Irving Younger was a realtor living in Mt. Washington.

He was a greeter at the synagogue and had been attending for the past 10 years.

He was very active in community functions.

A neighbor, who asked not to be identified, shared the following about him:

"Very caring neighbor, he always looked out all the time for his neighbors. He loved Halloween. He always used to come out and give out candy at trick-or-treat. He was a kind soul."

Chinese spy balloon: Here is a timeline of events