PITTSBURGH — Pittsburgh Steelers president Art Rooney II issued a statement Tuesday morning about the team's decision to stay off the field during the national anthem before Sunday's game against the Chicago Bears.

In an open letter to fans posted through the Steelers Twitter account, Rooney II said, “The intentions of Steelers players were to stay out of the business of making political statements by not taking the field. Unfortunately, that was interpreted as a boycott of the anthem – which was never our players’ intention.”

“There was never any desire on the part of our players to show disrespect for our service members,” Rooney II said.

The Steelers decided to stay in the locker room during the national anthem Sunday, not as a political statement but to avoid putting players in tough spots.

The letter from Steelers President Art Rooney II to #SteelersNation: 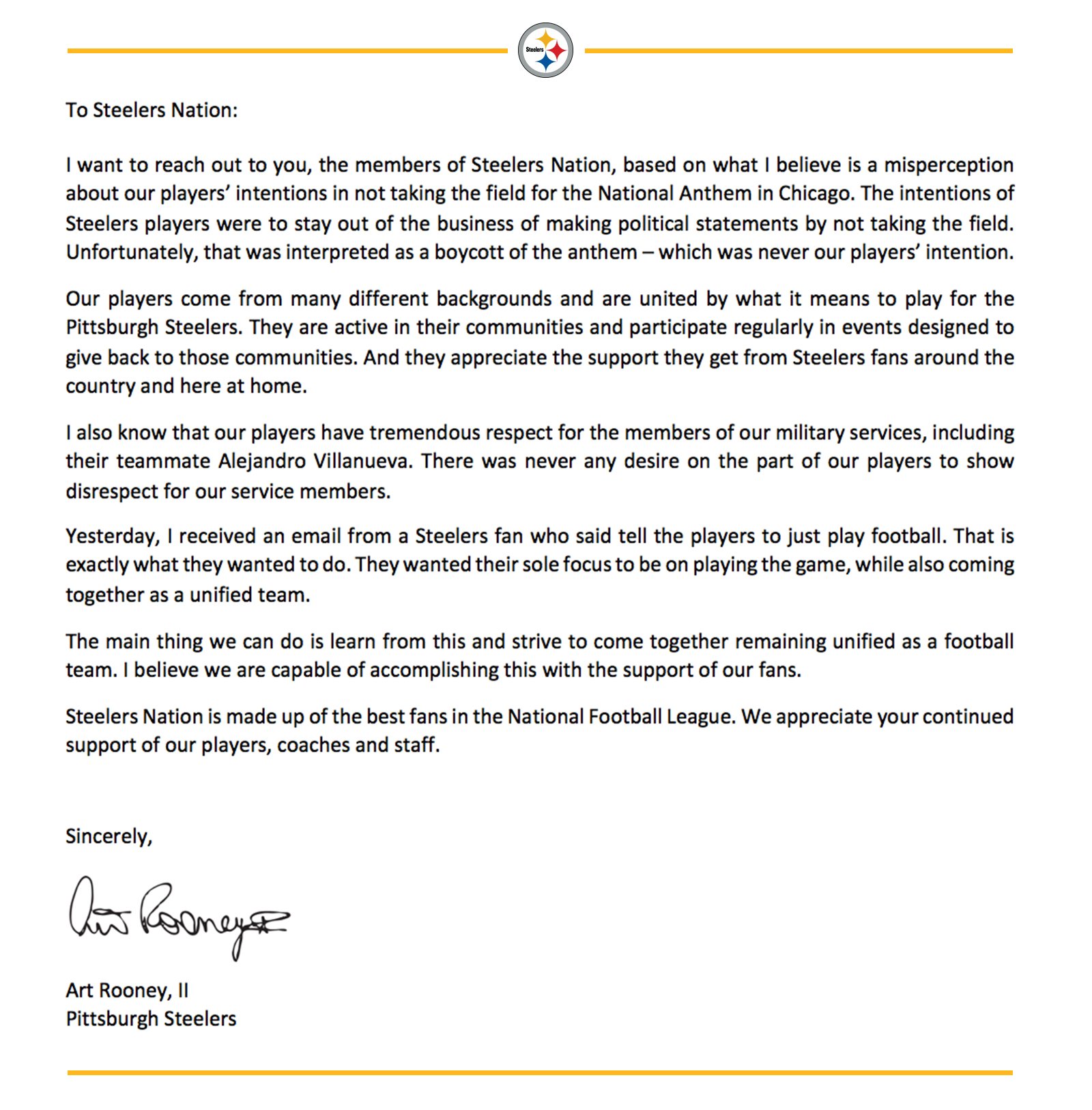 For fan Tammy Slavic, her mind is made up.

“It doesn't change anything. They still should have been a united front at the beginning. They're paid to do a job, go do your job, go play football. (President Trump) shouldn't dictate what you can and can't do,” she said.

Steelers left tackle and veteran Alejandro Villanueva stood alone, with his hand over his heart at the end of the tunnel for the national anthem.  The rest of the team remained behind him in the tunnel.

“I don't think they made any intent on disrespecting anybody,” said Tom Likavec, a Steelers fan. “I think it was their way of trying to stay out of the controversy to separate football from what was going on and I think it got all messed up. All confused.”

Ben Roethlisberger said Monday the entire team will take the field on Sunday when Pittsburgh plays in Baltimore.