From big stories to amazing homes and cute animals, 2018 was full of unforgettable images.

As the year comes to an end, here’s a look at some of 2018’s top images and photo galleries.

A historic home along Aylesboro Avenue in Squirrel Hill was listed for sale in August. The pictures from inside the home were stunning.  The home is no longer listed on the market.

The Pittsburgh Zoo's Red Panda enjoyed a snow day back in March.  How adorable!

PHOTOS: Can you name these Channel 11 personalities from their school photos?

One of the most exciting nights in Hollywood is the Oscars. The highlight, in addition to the awards, is the fashion. Here are 2018's fashion hits and misses from Oscar night.

Pittsburgh Steelers wide receiver Antonio Brown was sued this year for allegedly throwing furniture from a 14th-floor balcony, nearly hitting a toddler.  We took you inside his luxury apartment in Florida. 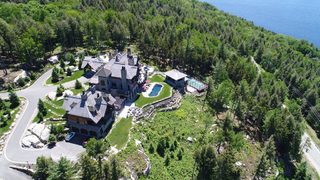 Le Magnifique listed his magnificent Canadian estate for sale – for a cool $22 million.

In August, a freight train derailed in Pittsburgh’s Station Square.  There were some incredible images from the scene.  Investigators said a broken Norfolk Southern rail line led to the train derailing on the hillside above Carson Street.

In May, Hawaii's Kilauea volcano started erupting, sending rivers of lava into the ocean and prompted evacuations. 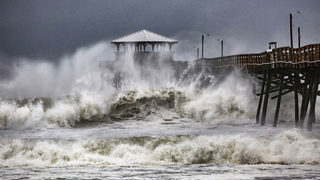 In September, Hurricane Florence slammed into the popular vacation spots in the Carolinas.  Here's a look at the damage she left in her wake.

In October, tragedy hit Pittsburgh and the nation when Robert Bowers went on a mass shooting spree at the Tree of Life Synagogue in Squirrel Hill.  Eleven people were killed.  Here's a look at the lives that were lost.

In addition to the lives lost in the Tree of Life Synagogue mass shooting, there were other notable deaths in 2018. From President George H.W. Bush to Sen. John McCain to celebrities like Burt Reynolds.