Tracie Garcia was walking near her home outside of the town of Ardmore just after 10 p.m. on May 10 when she was attacked by the dogs, KXII reported.

She later died at a hospital.

Warning: the images shown in the video are graphic.https://t.co/V0xDU3ctPV

There were conflicting statements about the type of dogs involved in the attack. An initial report that a pit bull was involved was inaccurate, KTEN reported.

Carter County Sheriff Chris Bryant confirmed the attack involved dogs under 40 pounds. However, the veterinarian who handled the euthanization, Dr. Douglas Aldridge, said the dogs were between 35 and 60 pounds. The dogs were infested with fleas and ticks, but no other signs of illness were found, The Daily Ardmoreite reported.

Not all agree with Aldridge, however.

“The mixed breeds can be difficult to determine based on visualizing,” Dr. Barry Whitworth, DVM, told the newspaper. “Sometimes it is obvious what the breeds are. This is usually two purebred dogs that have mated which have the characteristics of each breed. However, when mixed breeds cross, it is very difficult to figure out what breeds are involved.”

The Ardmoreite did not report whether or not Whitworth knew, or speculated, what breeds made up the mix in the dogs in question.

A photo of the dogs’ remains can be seen here. Warning: It is graphic.

Sheriff’s deputies did shoot and kill one of the pack when it charged at them, KXII reported.

Correction: A previous version of this story indicated that the dogs believed to be involved in the attack were “standard dachshund and terrier mix(es).” We’ve rewritten and recast the story to reflect new developments, as well as input from the veterinary community quoted in subsequent news coverage. 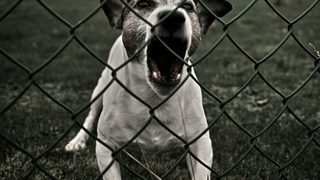