Are mini-casinos worth the gamble?

DERRY, Pa. — The deadline for new details on one of Western Pennsylvania's two new mini-casinos is in June. At that time, we will find out details about the size, number of jobs and exact location of the new casino coming to Westmoreland County.

Channel 11 started looking into what communities in Westmoreland County can expect with the mini-casino coming their way.

The Westmoreland County mini-casino could be anywhere within 15 miles of a point in Derry Township. Stadium Casino LLC picked Derry Township as the centerpoint, and that has township manager David Slifka hopeful.

The township submitted a proposal suggesting a site right off Route 22 for the new casino. It was one of several local communities to submit proposals hoping they would reap the windfall from a new business.

"There is going to be more income coming in and, also, it puts us on the map," he said.

Channel 11 also spoke to state Sen. Kim Ward about the mini-casino. She represents Westmoreland County in Harrisburg and has spent years fighting to bring gaming to the county. Ward, a Republican, said with casinos in Allegheny, Washington and Fayette counties, she felt Westmoreland County was losing out on some yearly income possibilities.

"It's just the idea that we were left out of the equation," she said.

So far, the state has auctioned off five casino satellite licenses. One went to Westmoreland County and a second will be in Lawrence County. The mini-casinos can have up to 750 slot machines and 40 table games. Local communities will get 2 percent of the annual profits and counties will get a cut as well.

"We're hoping to get $700,000 to a $1 million per year," Westmoreland County Commissioner Gina Cervelli told Channel 11.

Cervelli said she hopes to attract players from Allegheny County and other surrounding counties that already have gaming. The state restricted the new mini-casinos from being built within 25 miles of existing casinos to try and prevent them from pulling players away from current facilities. Channel 11 spoke to one expert who says 25 miles is not far enough.

"The problem is the whole Northeast gaming market is saturated," said Alan Woinski, editor of the Gaming Industry Daily Report, who thinks the new casinos are only going to be taking customers from other existing casinos.

So far, the auctions have netted the Pennsylvania Gaming Control Board $127 million after the state had estimated $100 million. The most recent auction, however, ended with no bids at all. This is creating concern that interest is already waning. Woinski says he doesn't think the extra casinos are going to create a financial boom for the state.

"On a tax basis, for the entire state, you are probably looking at a zero-sum game here," Woinski said.  "You are kind of robbing one to pay for the other."

Surrounding communities are more hopeful. They see the casinos as a way to attract new people to town, and hope that someone who comes to play will stay and sample other local businesses as well.

SUBMIT A TIP TO 11 INVESTIGATES 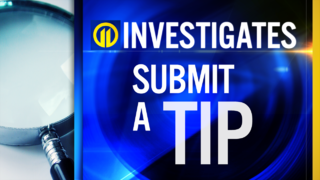 Some leaders we talked to say the casinos could lead to new entertainment venues, new hotels and new restaurants.

Stadium LLC has until June to reveal the details on the Westmoreland County location. Mount Airy LLC has until July to iron out plans for the mini-casino in Lawrence County.