What you need to know about Bethel Park woman's death, man charged in her disappearance

BETHEL PARK, Pa. — A man is charged in the disappearance of a Bethel Park woman who went missing Sept. 15.

The family of Jaime Feden, 33, contacted police the night of Nov. 14 to report her missing.

Police said John Chapman confessed to driving Feden to Las Vegas sometime around Sept. 25, suffocating her and leaving her to die. Police in Nevada found a body in October, but were not able to identify it as Feden's until late November.

At this point, Chapman has not been charged with Feden's murder. Police said if he is eventually charged, he will likely be extradited to Las Vegas.

Chapman, 39, is in custody and facing several charges, including kidnapping.

This man, John Chapman, allegedly drove a local woman to the Nevada desert where he suffocated her and left her body before driving back to PA. Gabriella DeLuca WPXI tells us what police near Las Vegas found that ties in to this investigation. https://bit.ly/2XiKbHQ

Channel 11 News obtained the criminal complaint, which said Chapman drove Feden to Las Vegas in late September, telling her they were taking a trip to look at potential homes.

>>RELATED: Who is John Chapman: Man who told police he left local woman to die in Vegas desert

At some point around Sept. 25, according to court paperwork, Chapman convinced her to drive into the desert for a photo shoot. He allegedly told police he bound Feden's hands and feet with zip ties and tied her to a signpost. Chapman also allegedly duct taped her mouth and nose, causing her to suffocate and die, according to police.

A criminal complaint said Chapman then removed the tape, the zip ties and Feden's clothing, and left her near the signpost in Nevada before driving back to Bethel Park.

According to police, while she was missing, the victim's family said someone reached out to them from her Facebook Messenger account pretending to be her. Police said Chapman was on the other end. 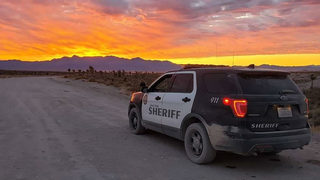 Allegheny County detectives have since contacted authorities in Nevada, who confirmed a woman's body matching many of Feden's physical characteristics was found.

The discovery was made by an 8-year-old taking a road trip with his dad, officials said.

Detectives said they will be working with authorities in Nevada to positively identify the woman's remains.

Feden had a condition called VATER syndrome, which affected her body's structure. That was why she was 4 feet, 1 inch tall and weighed 75 pounds. According to renowned forensic pathologist Cyril Wecht, her condition could be key in identifying her body.

This is the spot in the Nevada desert where police believe they found a body matching the description of Jamie Feden. It’s an area known to locals as a place where bodies go missing for decades and sometimes even forever. @WPXI pic.twitter.com/HWVRih3MJe

But investigators told Channel 11 News they had a difficult time identifying the remains found in the desert because they were badly decomposed. On Nov. 21, the remains were formally identified as Feden.

"After a week or so in the desert, there would be complete dehydration of the internal organs and so on," Wecht said.

Channel 11's Amy Hudak traveled to Las Vegas and spoke with Lincoln County Sheriff Kerry Lee, who said as soon as his office learned about the missing person report there was no doubt the body was Feden's.

"Tattoos she had on her, family members names ... everything was pointing to that direction," Lee said. 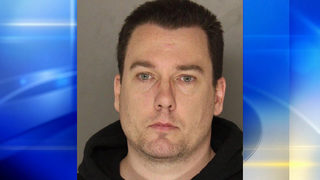 Chapman is still behind bars after Judge Manning denied his bond Nov. 19.

The district attorney called him a flight risk.

Chapman didn't show any emotion during his bond hearing. He had the same demeanor when Channel 11 News tried talking to him after his arraignment

The district attorney told Judge Manning that Chapman's bail was previously denied by the magistrate in Bethel Park because of an anticipated homicide investigation in Nevada.

So far, Chapman has not been charged with homicide, only kidnapping.

NEW: bond is denied for John Chapman. His defense attorney argued he should either be let out on bail or his prelim be moved up. DA called him a flight risk & Judge Manning denied bond @WPXI

His public defender argued that Chapman shouldn't be in jail awaiting his preliminary hearing.

The hearing was supposed to be this week, but has been rescheduled for December.

In Pennsylvania, a preliminary hearing is scheduled within 14 days of a person being incarcerated.

After the bond hearing, Channel 11's Gabriella DeLuca talked with local defense attorney and legal analyst Phil DiLucente about why he thinks Manning made the right decision to deny bond.

"Bail being denied is very reasonable, because we not only have kidnapping and obstruction of justice charges. He is a flight risk even if he did have ties to the community, so it was very reasonable under these circumstances," DiLucente said. 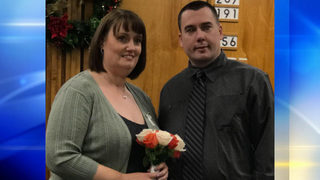 Channel 11’s Amy Hudak talked with Chapman’s wife, who said she had no idea any of this was going on until he called her from the Bethel Park Police Department Friday morning.

“He said he had murdered a woman,” Maureen Chapman said. “I was in disbelief.”

Now, she’s questioning their whole relationship and what she called his “double life,” pretending to visit family and lying about his job.

“I killed her because I had to,” John Chapman said, according to Maureen.

Hudak also talked to Kelly Murray, who was married to Chapman for seven years. She said after hearing he was connected to the disappearance of Feden, and allegedly, according to him, even her death -- she was sick to her stomach.

"The question should be, has he done this before?" Murray said.

Murray said they met on MySpace, and he wooed her a year later. They then tied the knot in Vegas.

She said the honeymoon phase didn't last long. And even though Chapman was married, Murray said he dated other women.

“I’m glad I got away from him when I did.” Words from one of John M. Chapman’s ex-wives. @amy_hudak #WPXI pic.twitter.com/AdkFAIIcUo

And then, there was something that she found: "I found Ziplock baggies with female underwear in them," Murray said. "They were individually bagged with names."

Before the two divorced, the couple stayed in Pittsburgh with Feden, but Murray said she had to pretend to be his sister.

After Chapman's alleged murder confession, Murray is asking why.

On his way into a local courtroom on Dec. 5, he told Channel 11 when he confessed to killing her, he was on medication.

>>RELATED: Man who allegedly confessed to local woman's murder now saying he didn't do it

NEW: John Chapman just told us he didn't kill Jamie Feden & made that statement when he was on medication @WPXI he just arrived for his preliminary hearing

All charges against John Chapman were held for court after his preliminary hearing.

Investigators from Nevada come to Bethel Park the next day to meet with local detectives as they work on a final timeline that can be presented to the Lincoln County District Attorney, who will ultimately decide whether to charge Chapman with homicide in the case.

"Even though I thought I knew exactly what had happened, my eyes have been opened to a lot more of what actually did take place," says Mike Ray, Lincoln County Deputy Sheriff.

Detectives still cannot place a timeline on when the DA's office will make a decision on more charges.

Chinese spy balloon: Here is a timeline of events

Person with gun taken into custody after Mars basketball game